Posted on October 2, 2017 by rogertravisjr 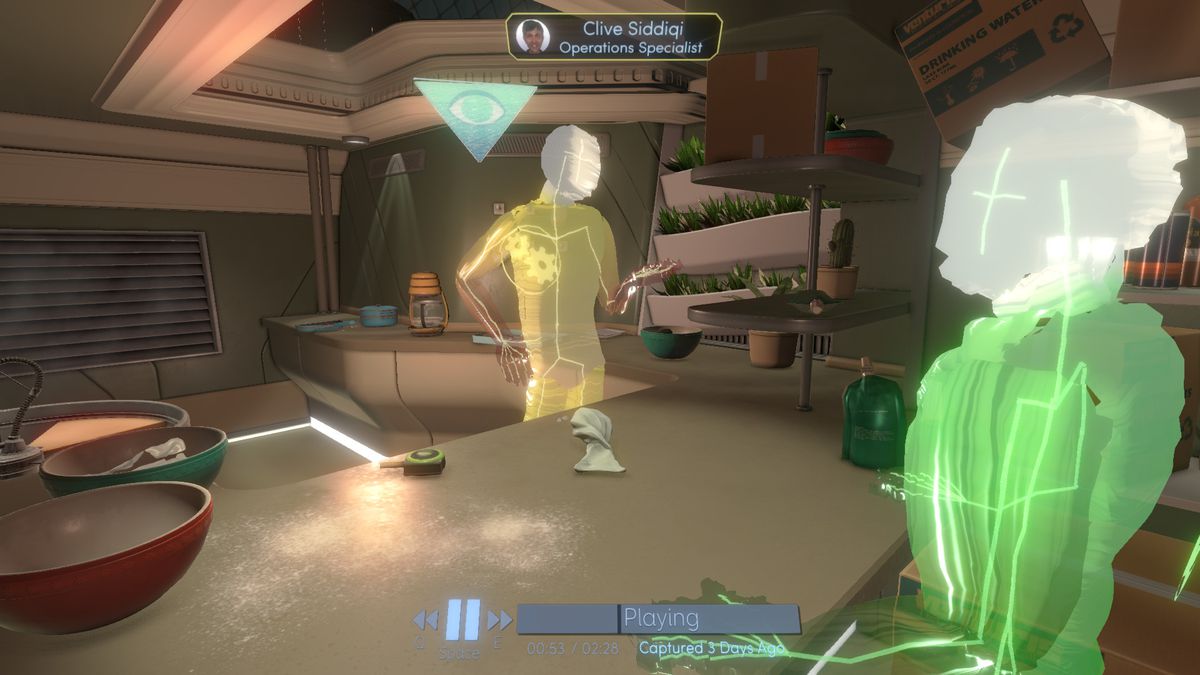 We had some good preliminary conversation about what exactly we (or anyone) might mean by the term “walking simulator,” in relation to What Remains of Edith Finch. Though the original, pejorative intent behind the phrase seems to me unhelpful, the idea that the conventions of some outmoded idea of “good” game-design might actually be subverted into a quieter narrative experience worth savoring appeals greatly to me. Tacoma seems a likely candidate for discussion on this score.

Topics I plan to bring up include the relationship between the conventional adventure-game mechanics and the innovative narrative-discovery mechanics of Tacoma, how both/either of those deliver or fail to enable an affecting performance on the part of the player, and (the doozy) whether it makes sense to continue calling such works as Tacoma “games.” To be clear, I don’t expect that arguing semantics in the case of the last topic will be rewarding or even diverting, but the cultural categories underlying words like “game” are undergoing such rapid transformation, as I see it, that placing Tacoma within various cultures (gaming, online, mainstream even) could well help us describe important developments in our changing world. Perhaps it’s something of a bonus that Fullbright seem to have been thinking of similar kinds of transformation as they developed the themes of Tacoma.

Here’s the Polygon review so that we have something at which to fire off salvos.

Classicist, game critic, game educator.
View all posts by rogertravisjr →
This entry was posted in Symposium. Bookmark the permalink.
%d bloggers like this: