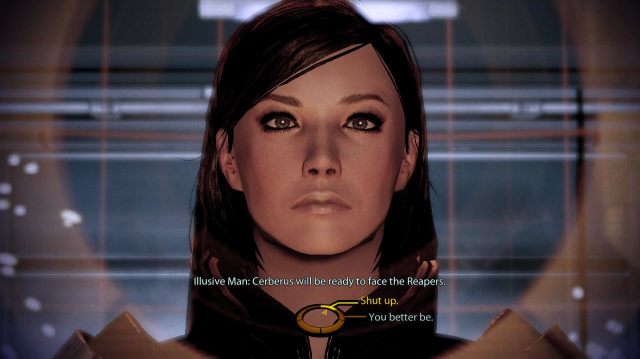 In honor of the recent Mass Effect 3 release, we’re returning to Mass Effect 1 and 2 for this month’s simultaneous single-player game. Play through bits of one or both of the games, or just chat with people about the game. (And for people who want ME3 multiplayer, we’ll do that the following week and one week in April.)

As we’ve done for the mid-month gaming sessions over the last couple of months, we will be recording this for potential podcast use; both Roger and I will be making a concerted effort to actually play this time instead of just talking, in hopes that that informs and grounds the conversation. We (where by ‘we’ I mean ‘Dan’) will try to edit that into something listenable despite the pauses where we’re playing; who knows how it will turn out!

We’ll meet this Thursday at 9:30 EDT / 6:30 PDT. Play on whatever platform you prefer; conversation will be on Mumble, leave a comment if you don’t have the Mumble server info.

This entry was posted in Events. Bookmark the permalink.