Posted on September 6, 2010 by David Carlton

This week, we’re going to try something different: rather than playing a single game, we’re going to sample a few Facebook games.  (Probably with rather more conversation than normal, given the typical length of play sessions in such games.)

Some games that we thought might be worth trying:

City of Wonder. A city-building game with some light Civ-style aspects; several of us have been playing it a lot recently. 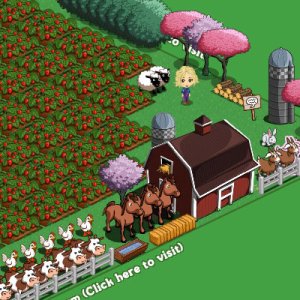 FarmVille: a farming game, by far the most popular Facebook game.  (I would imagine the most popular video game period other than games that come bundled with versions of Windows, though I could be wrong.)

The choice of games certainly isn’t set in stone; if come across other games we’d like to sample, that’s fine, too!  And if we run out of stuff to do with those games and want some more traditional multiplayer interaction, Wild Ones is probably our best bet. 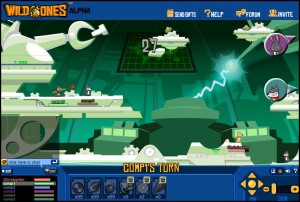 We’ll be playing this Thursday at 9:30 EDT / 6:30 PDT; all conversation will be over Skype.  If you’d like to join us, please add a comment below and send a Skype contact request to davidbcarlton. If you wish, feel free to include Facebook contact info so that you can become in-game friends with other participants, but that’s certainly not required for participation. Also, if you’re not familiar with Facebook games and are concerned with what that might allow, Facebook applications have to be explicitly ask for permission to do things related to your account; I believe that none of these applications will ask for more than your name and basic demographic information (e.g. no e-mail address or ability to post to your wall).

This entry was posted in Events. Bookmark the permalink.